A lot happened in my life between 2013 and 2014. I moved to Tromsø, refurbished the apartment, broke up with my girlfriend and moved back to Svalbard. In the arctic it will quickly darken in the fall, and about that time I got back the desire to take photographs again. Although the pictures are dark from that period, there were some nice pictures anyway. And that’s nice because then I have something to present here…

This panorama is taken from one of my many hiking in the areas around Tromsø. The mountain witch this photo is taken from is called Kjølen, and we see Fløya and Tromsdalen on the left. Sundet with Tromsø behind. Kvaløya even further behind it. The Tromsø area is a fantastic area for hiking in. 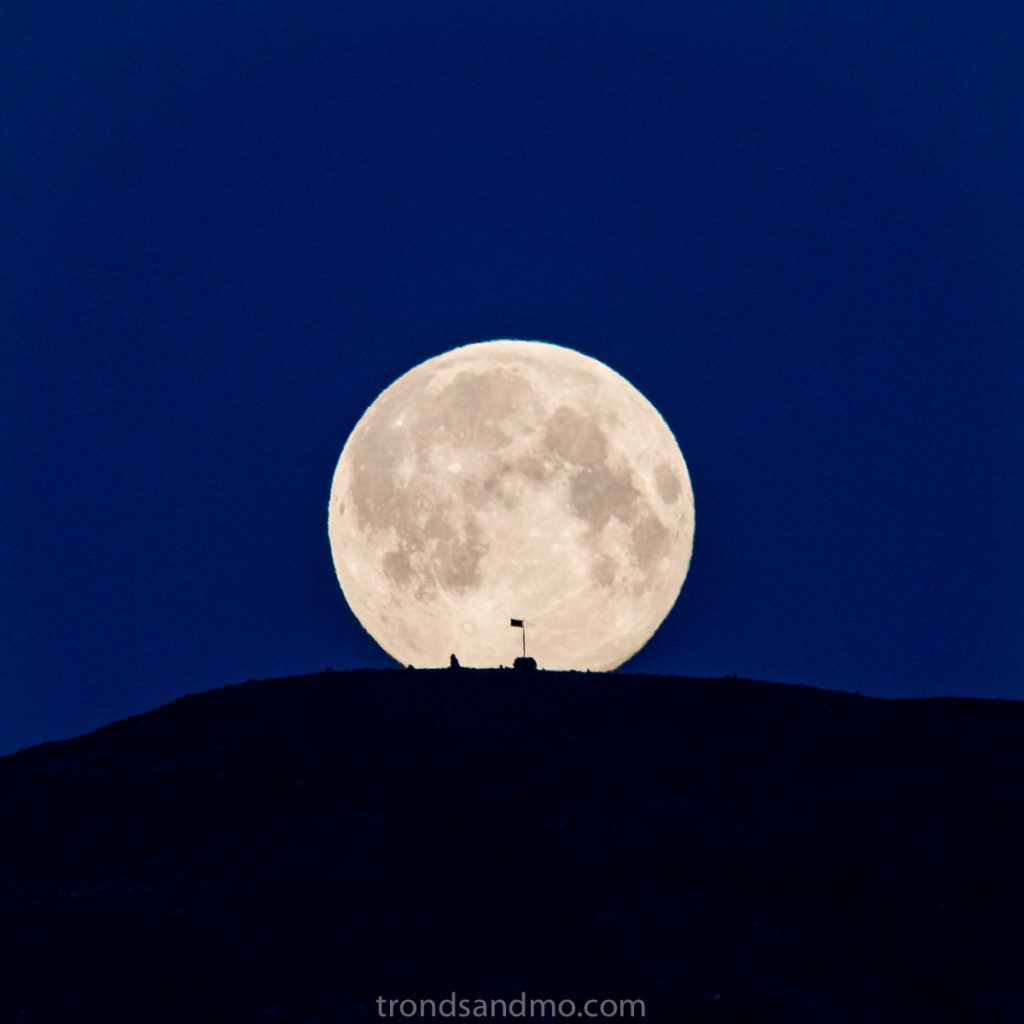 Full moon seen from my flat towards Flya. 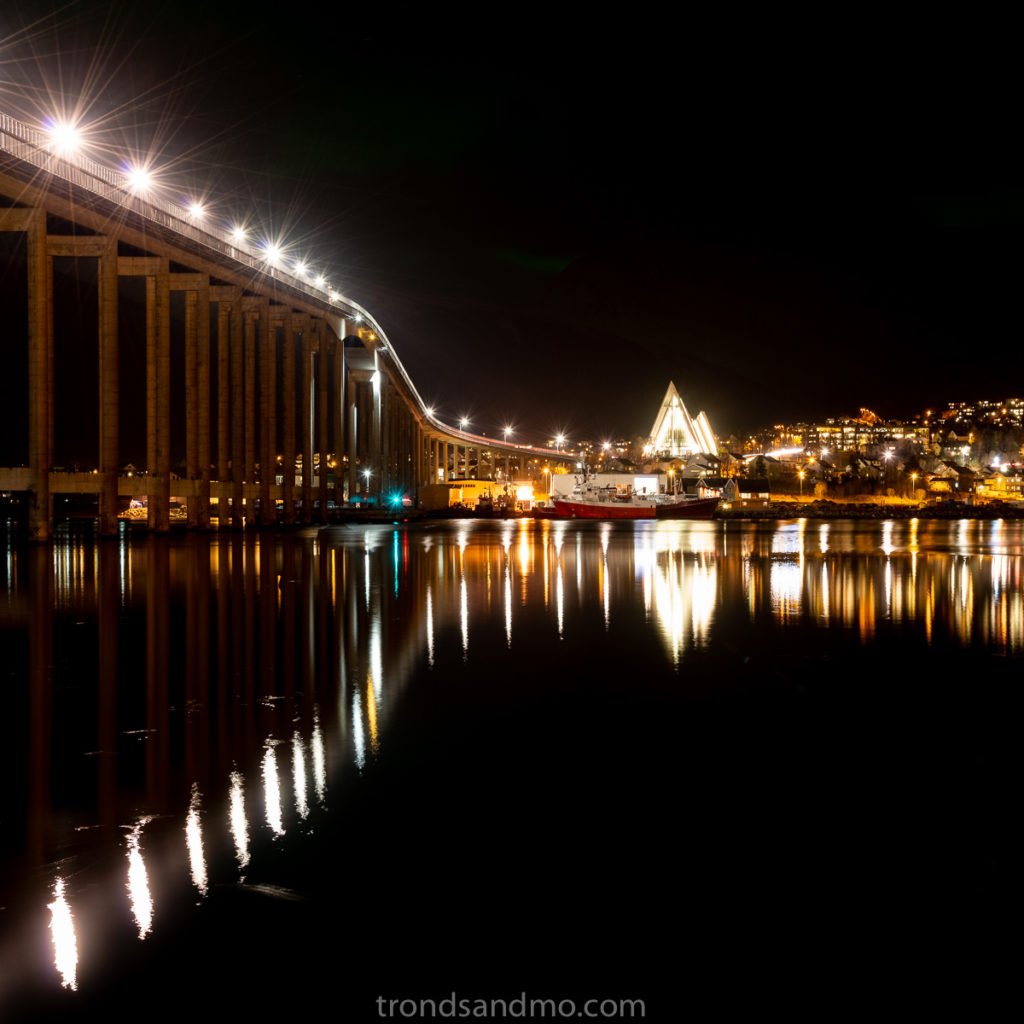 The Ishavskatedralen (Arctic Cathedral) and the bridge over Tromsø’s strait have become a landmark over the years. Before the bridge was completed in 1960, there was a ferry between Tromsø and Tromsdalen. The 1 kilometer long bridge was important in an expanding Tromsø, and made commuting to work easier for many. The Ishavskatedralen (Arctic Cathedral) was completed 5 years after the bridge, and has also become one of Tromsø’s most visited landmarks. Both the bridge and the Ishavs Cathedral must be Tromsø’s most photographed objects. 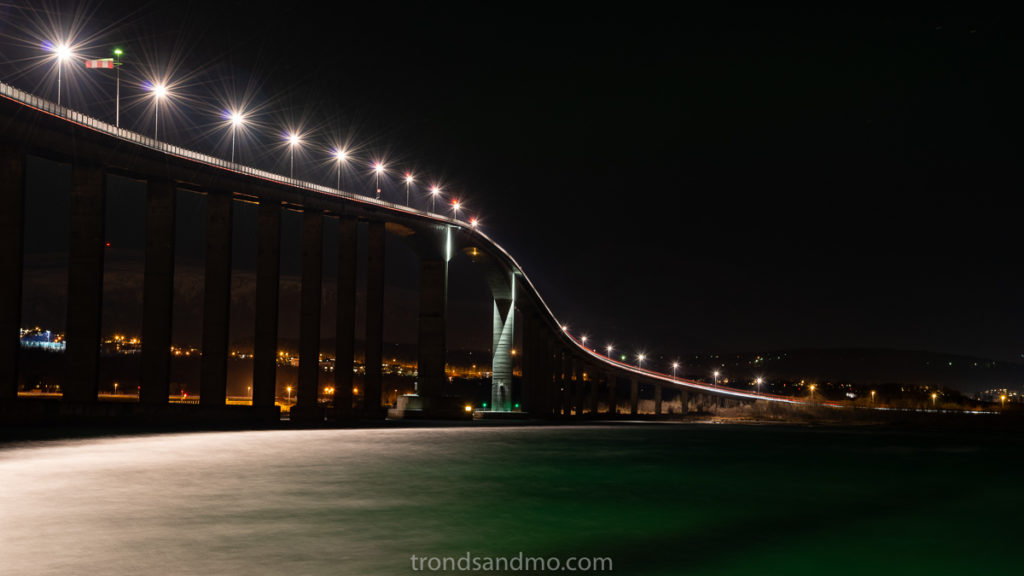 Sandøysundbroen is the bridge between Tromsø and Kvaløya. It is northern Norway’s longest road bridge. The bridge was completed in 1974 and is 1.2km long. I think it’s as nice as the Tromsøysund bridge, and is doing well as a photo object. 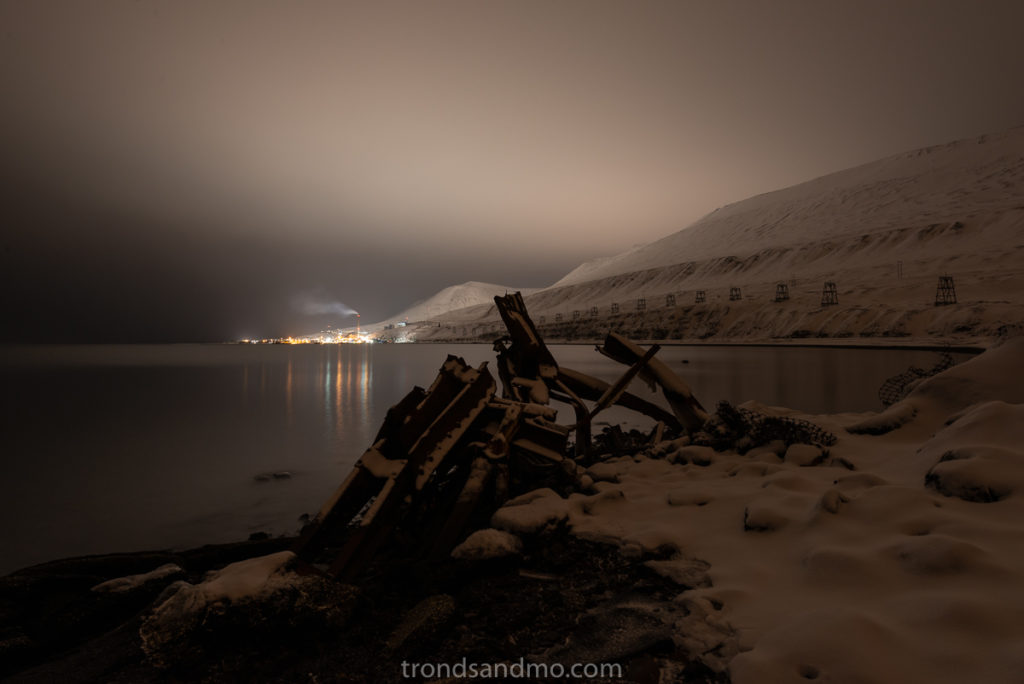 In November I was back at Svalbard again. It turned out that it was hard for me to leave Svalbard, and the longing was too big. I do not know what matters most to me, the magnificent nature, the light that comes and goes with the seasons or the good people who choose to live up here. Anyway, It is at Svalbard I feel at home. 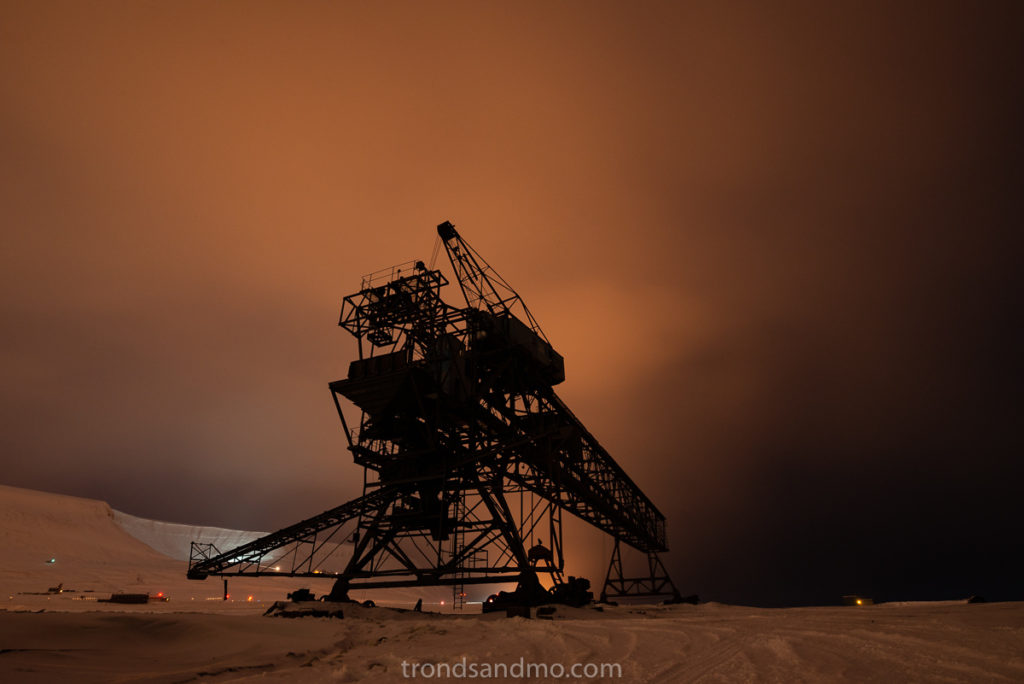 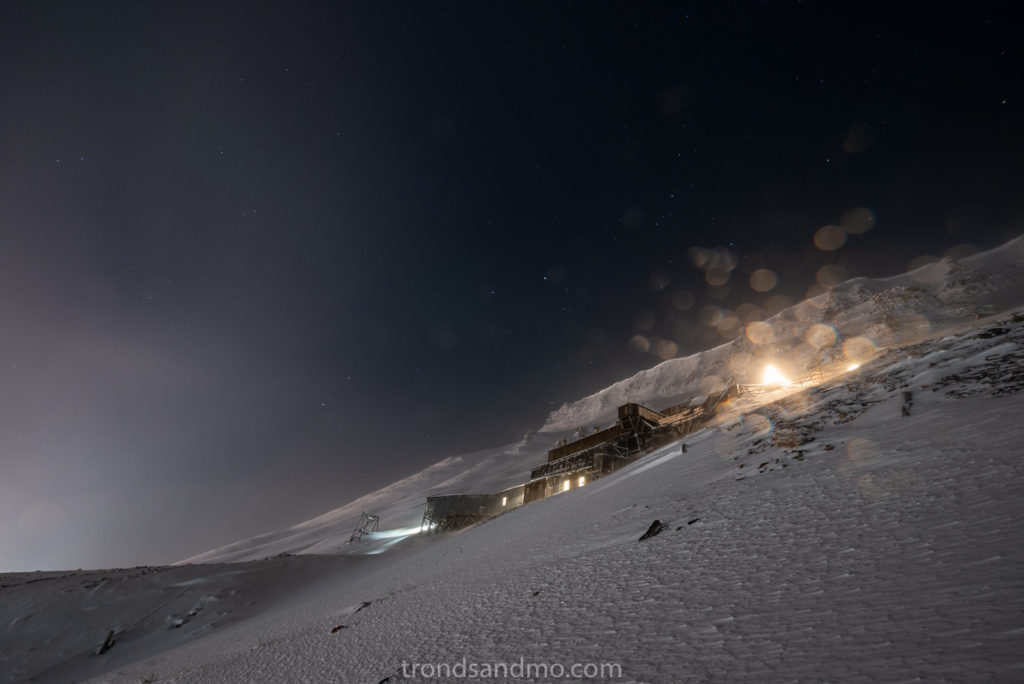 Mine 2B, Nybyen, Longyearbyen, Svalbard

Coal mine 2B in Longyearbyen. I liked the bokeh effect made from the snowdrift on my camera lense. 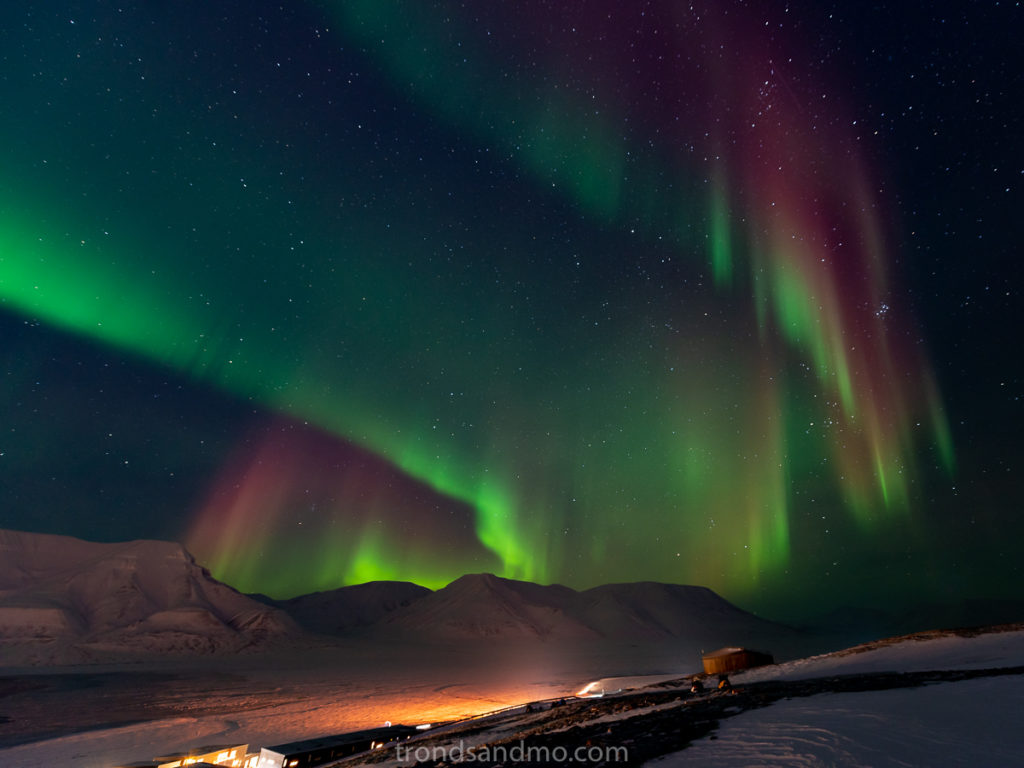 Aurora seen from Adventdalen in Longyearbyen. 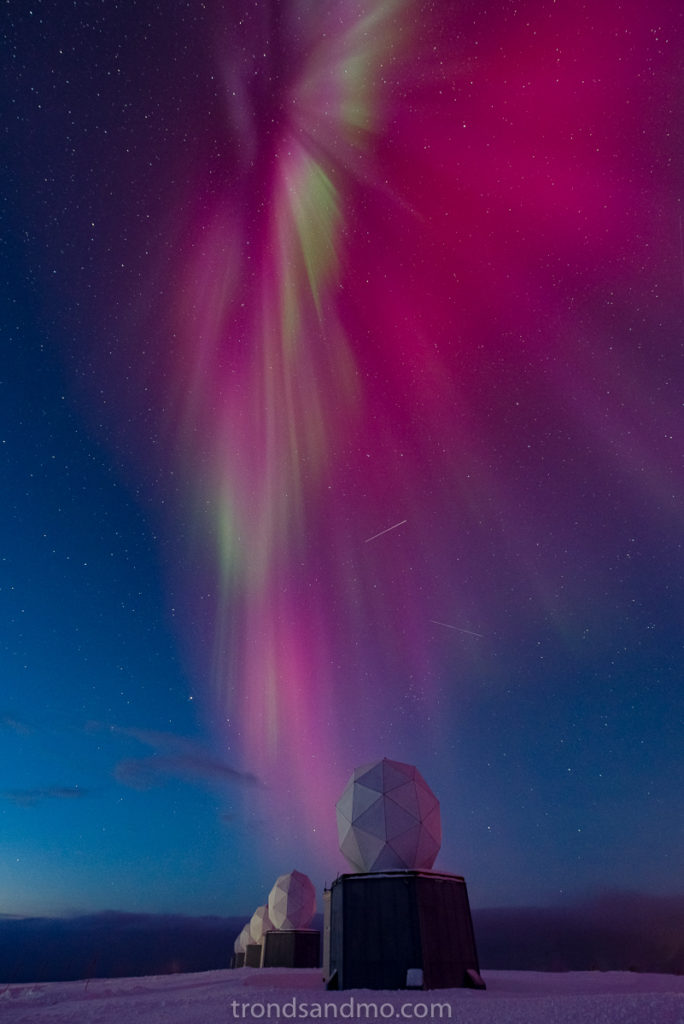 Pink/greenish Daytime aurora seen on the 23 of December at Svalsat, Platåberget, Longyearbyen. 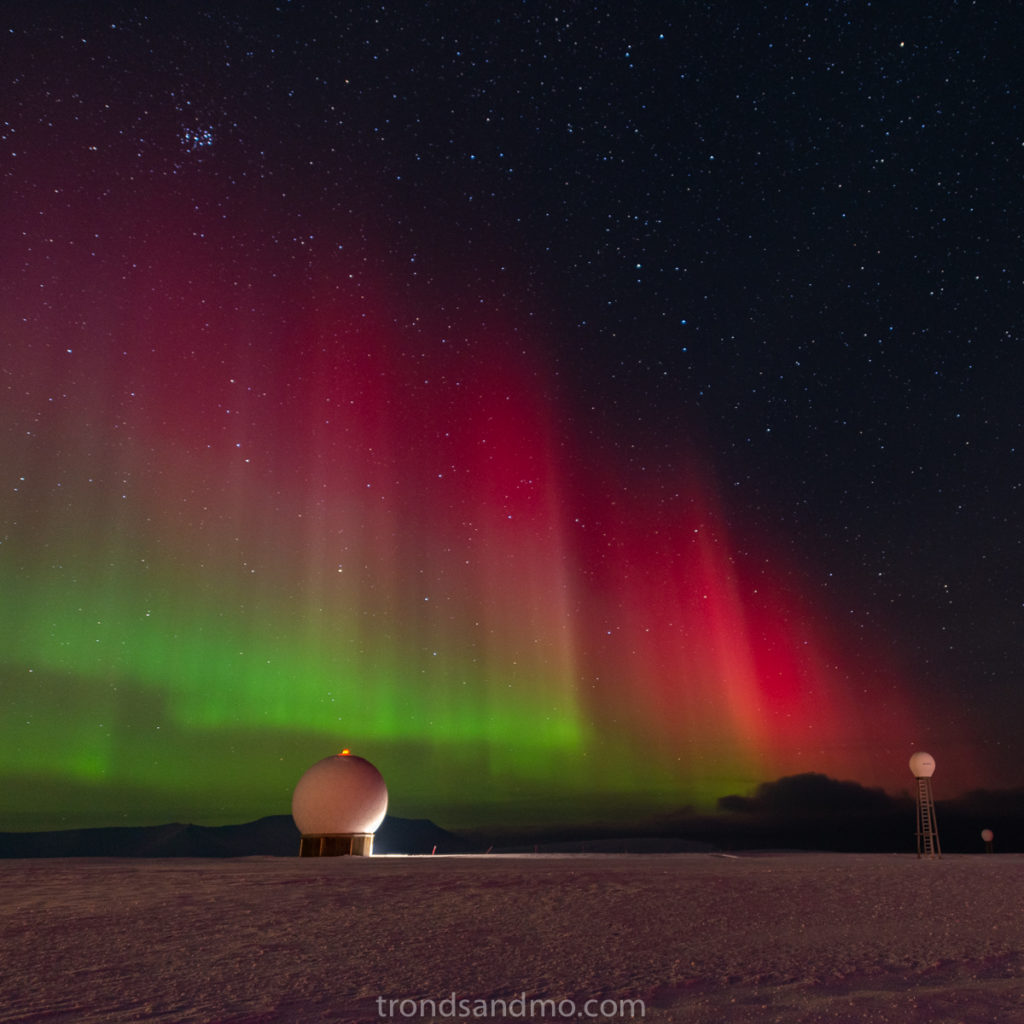 Red/greenish aurora seen on the 23 of December at Svalsat, Platåberget, Longyearbyen.