2009 was a wonderful year when it comes to field trips. In the winter time I was around by snowmobile, and during the summer I were boating inside the large Icefjord. I saw much of the beautiful Svalbard nature and that made me stay. I always had the camera on all my exploration. Hiking and photography, a perfect combination. Please bear with me because these photos are not shot by an expert. 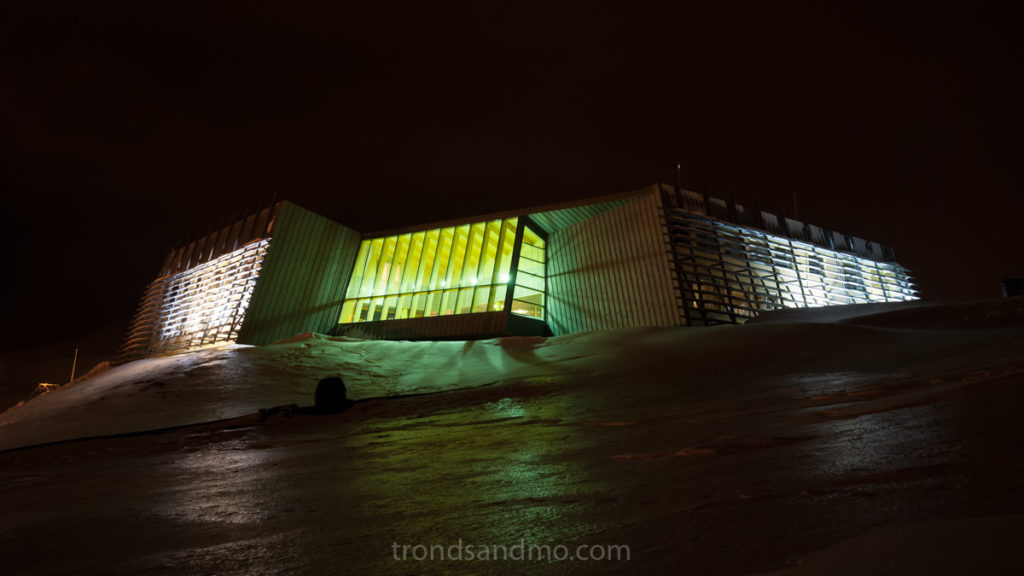 This is a picture of the Governor’s offices in Longyearbyen taken in January 2009. It is not a particularly good picture, but I liked the reflection in the ice in front of the building. We often have rainy periods in the dark season, and everything get glazed. 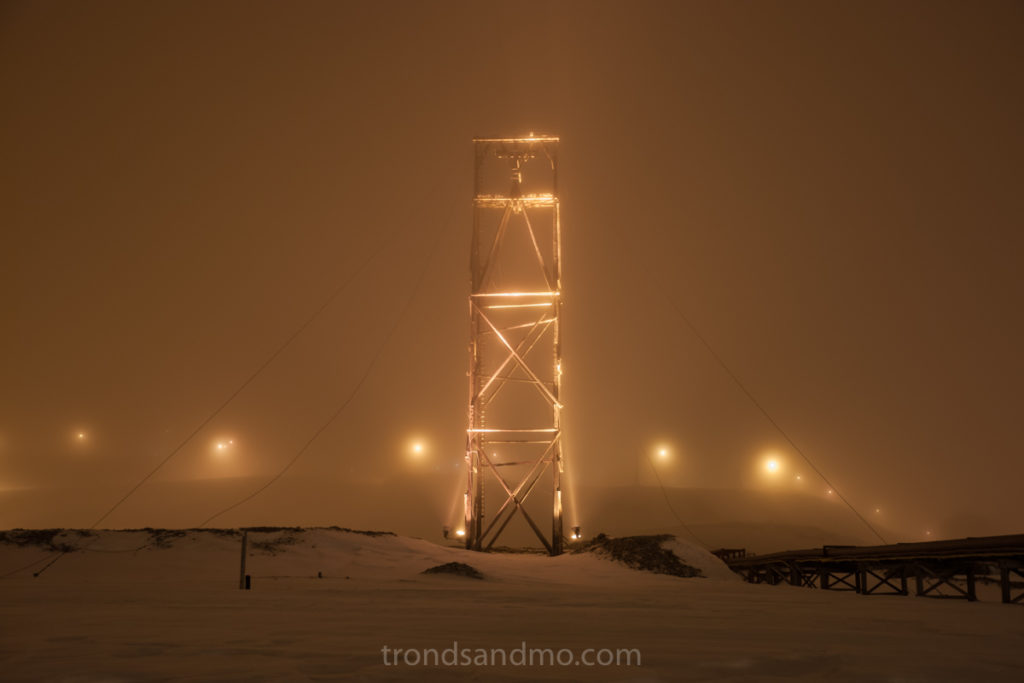 A picture of one of the many trestles seen in Longyearbyen. These were used to carry coal from the mines to the harbour. Today they are just a memory of a bygone era. In my opinion they are beautiful especially in the fog. The orange hue to the picture are due to the sodium-vapor street light. It is not like this anymore because Longyearbyen switched to LED lamps which are closer to white light. 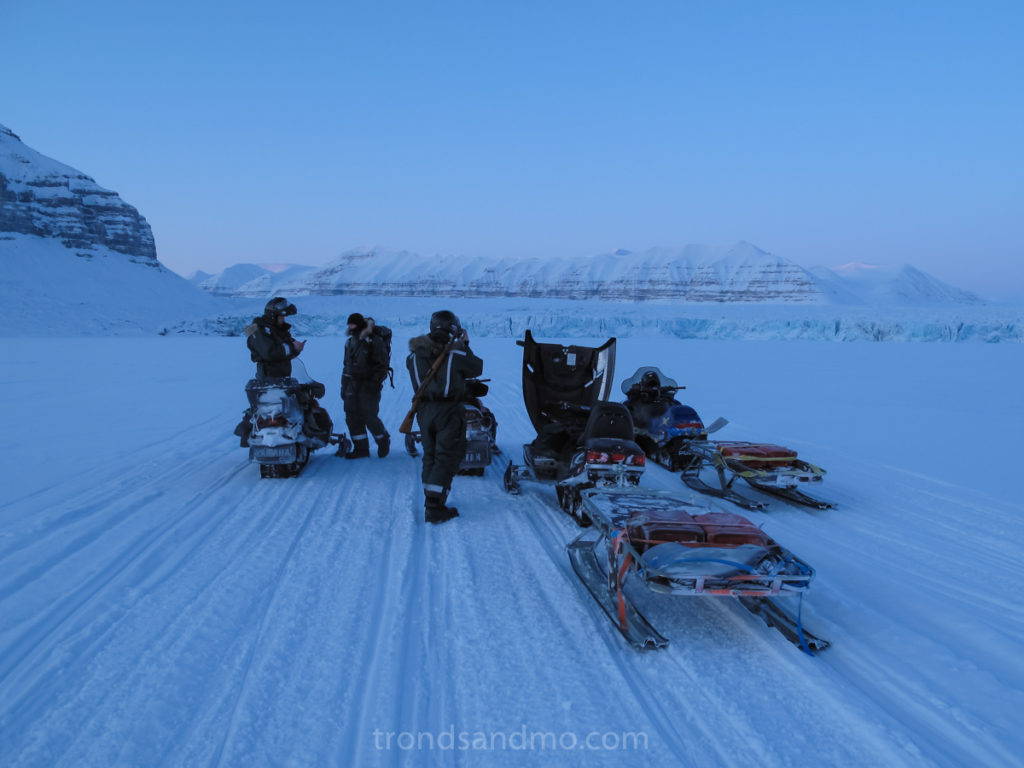 We had a lot of sea ice the winter of 2009, and most fjords were covered completely. This gave us the opportunity to drive long snowmobile trips, and I got to experienced a lot of the wild Svalbard nature. This picture is taken during a break on the tempelfjorden. I remember it was very cold. 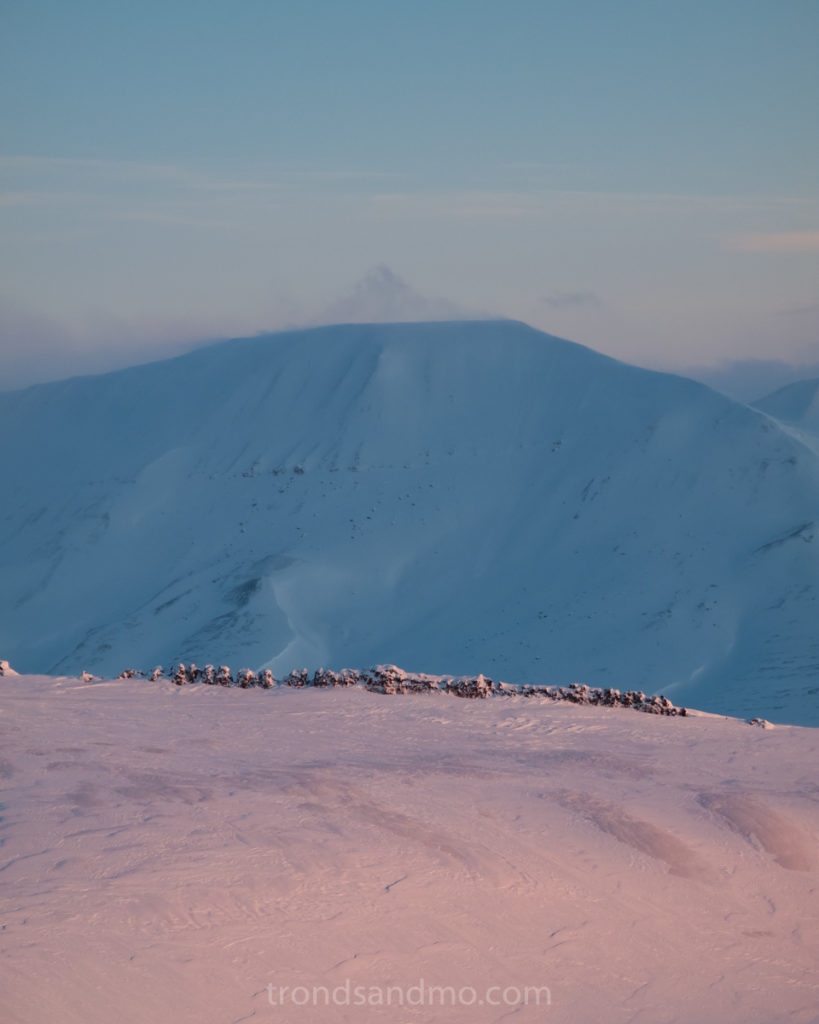 My favorite time on Svalbard is between the end of the dark season and till the start of midnight sun. For Longyearbyen it is between February 16 and April 19 to be accurate. For some the dark season can be difficult to get through, but when the light finally returns, you feel that it was worth waiting for. We first experience that everything is dark blue and eventually the day turns to light blue. Once the sun is over the horizon, the high mountains are pink while the snow covered landscape is colored in all shades of blue. It is a beautiful experience. 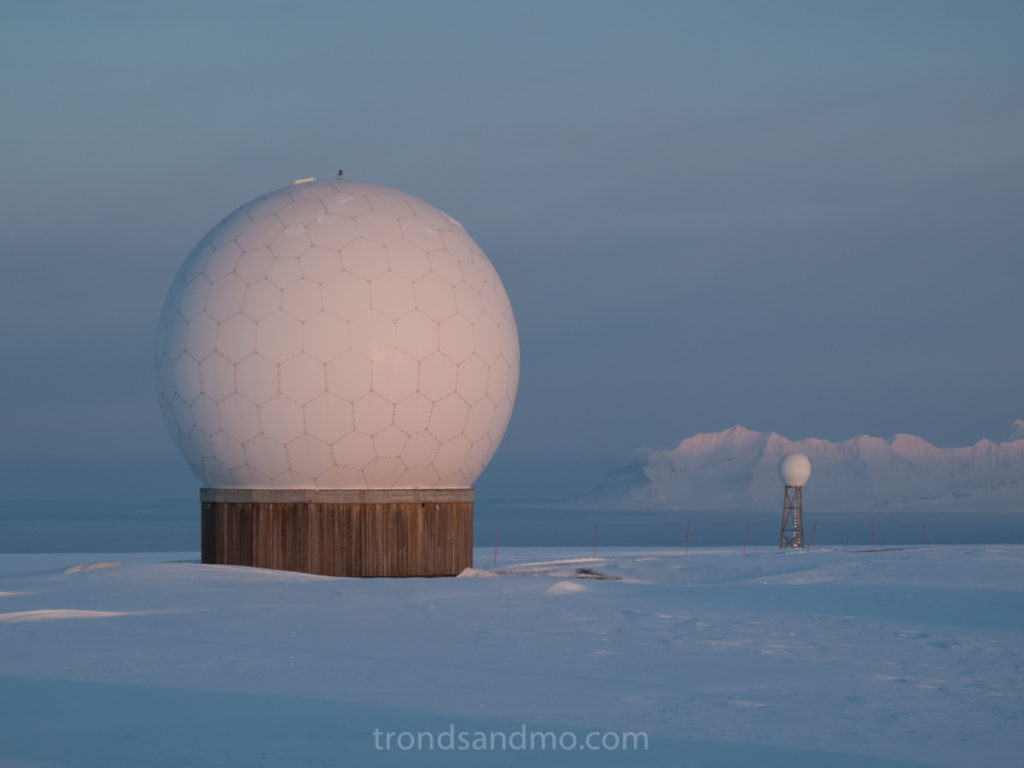 Svalsat was my former workplace. In the periode I worked there, Svalsat grew from 2 antennas to over 30, and is still growing. A very exciting workplace that I can highly recommend! Svalsat is located at Platåberget a few kilometers west of Longyearbyen. Svalbard is well suited for satellite communications because all orbits of a polar orbiting satellite are seen during a 24 hour period. There is also a fiber cable to the main land Norway that allows fast data distribution. 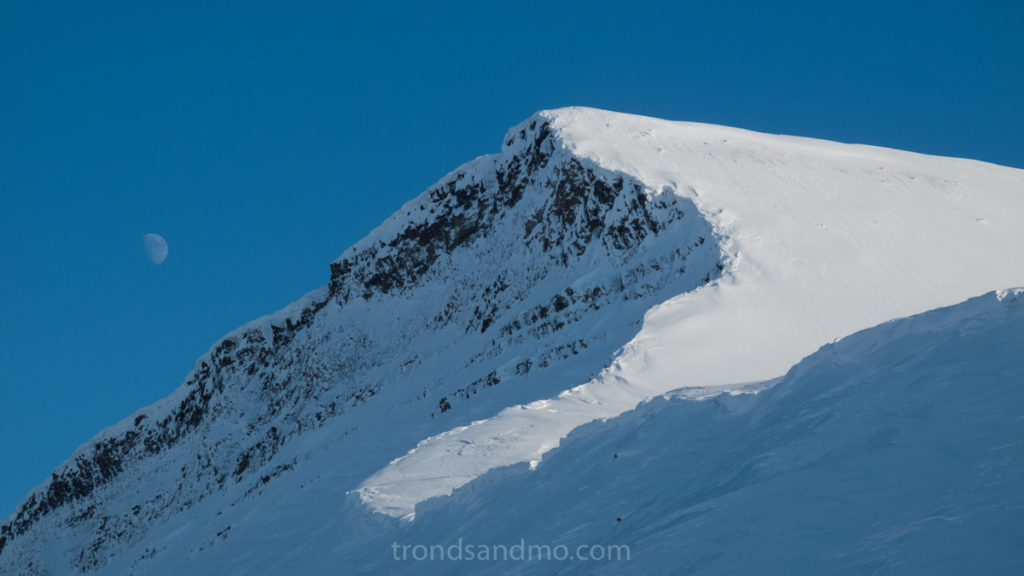 I liked the contrasts between the sunny side and the shadow side in this picture. The moon was the icing on the cake. This picture was randomly taken on one of the many snowmobile expeditions I had in spring 2009. 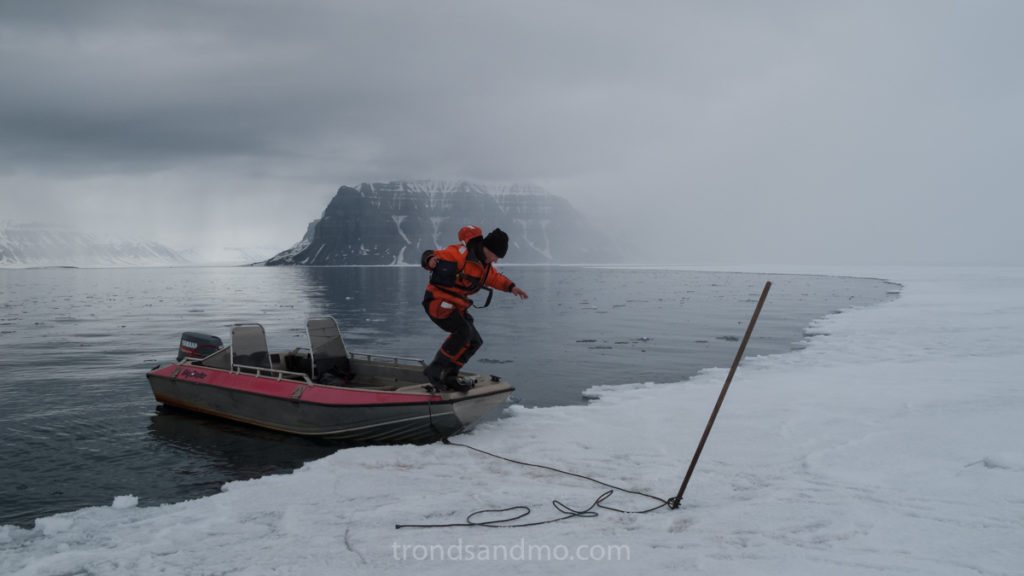 The sea ice lasted till the summer of 2009. This picture was taken on Sassenfjorden 1. June. I liked the picture and remember it as a good memory. 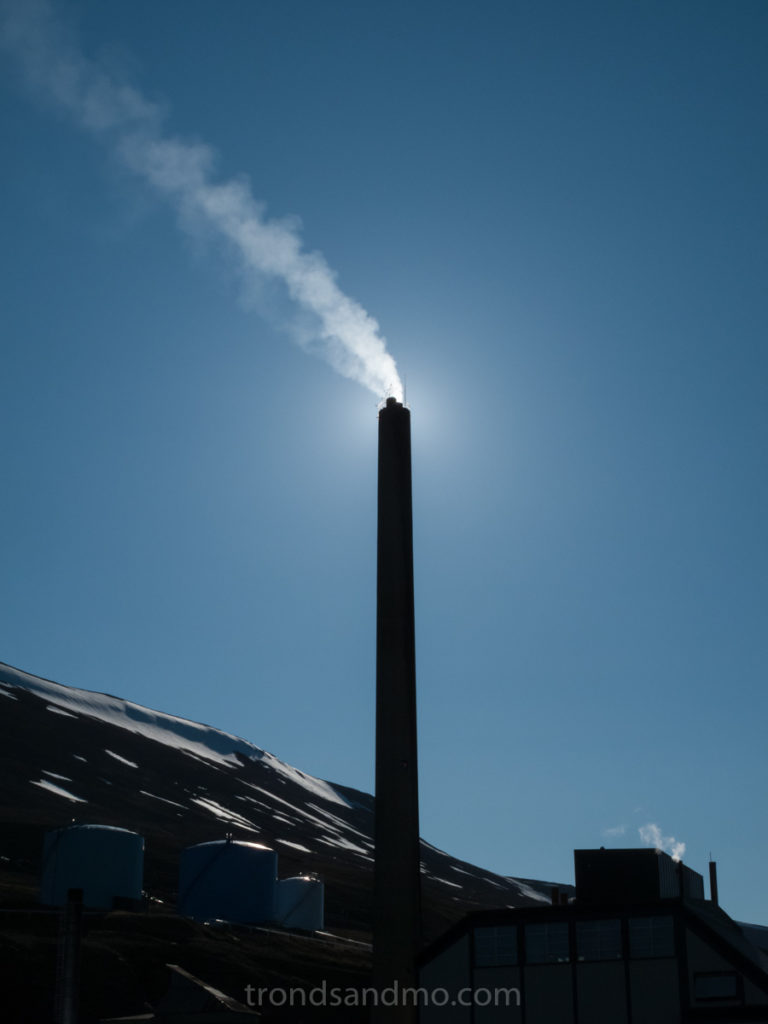 The chimney of the coal power plant in Longyearbyen. Longyearbyen energy plant was commissioned in the summer of 1983. Total power is a maximum of 28 MW, of which 12 MW for electrical power generation and 16 MW for district heating. The coal is taken out of coal-mine number 7 located in the mountain of Breinosa. 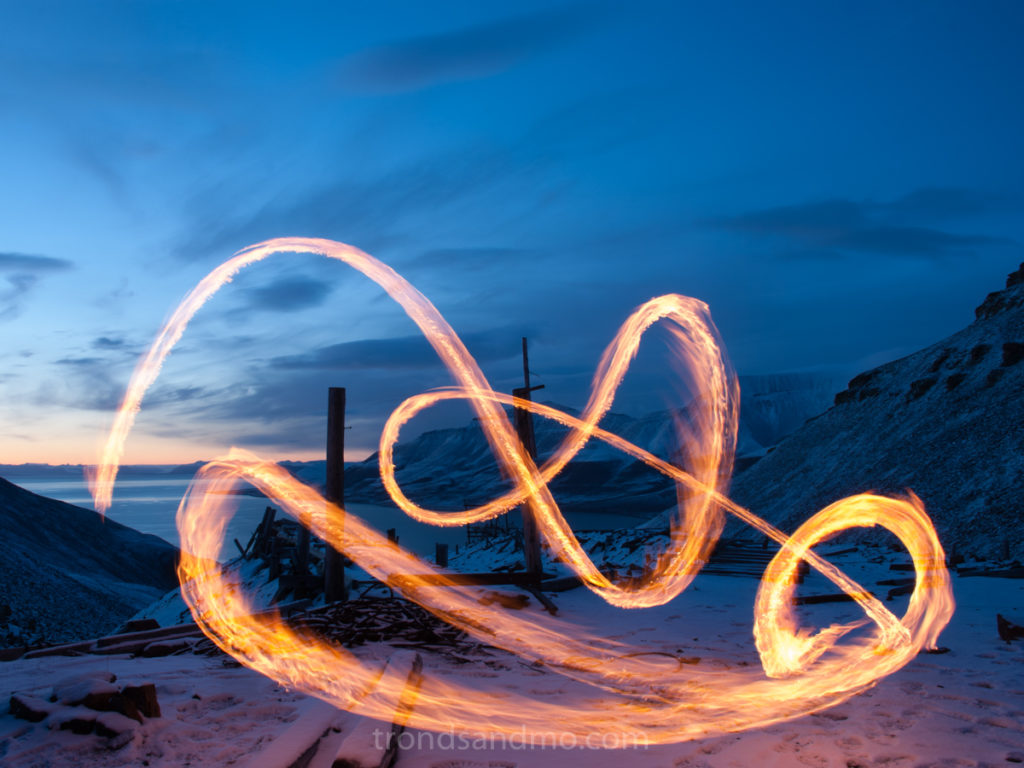 Fall 2009. The dark season is approaching faster than you can imagine. Why not play a game of fire… Nothing were burnt to the ground during this photo session. 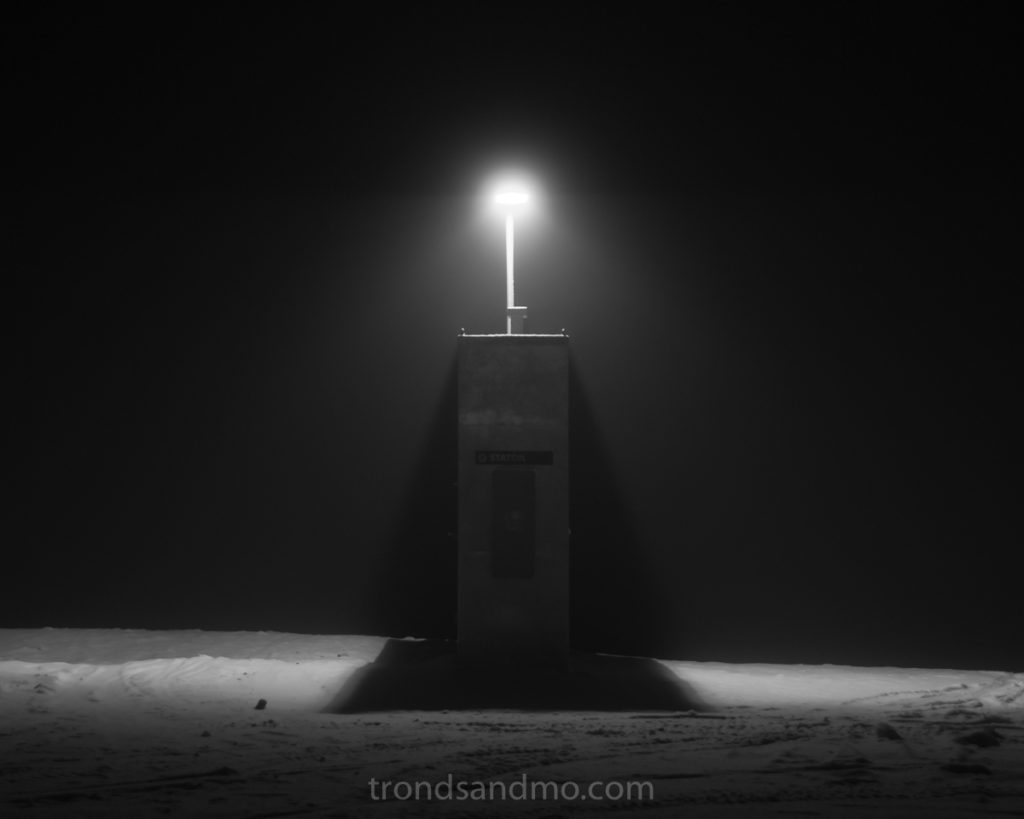 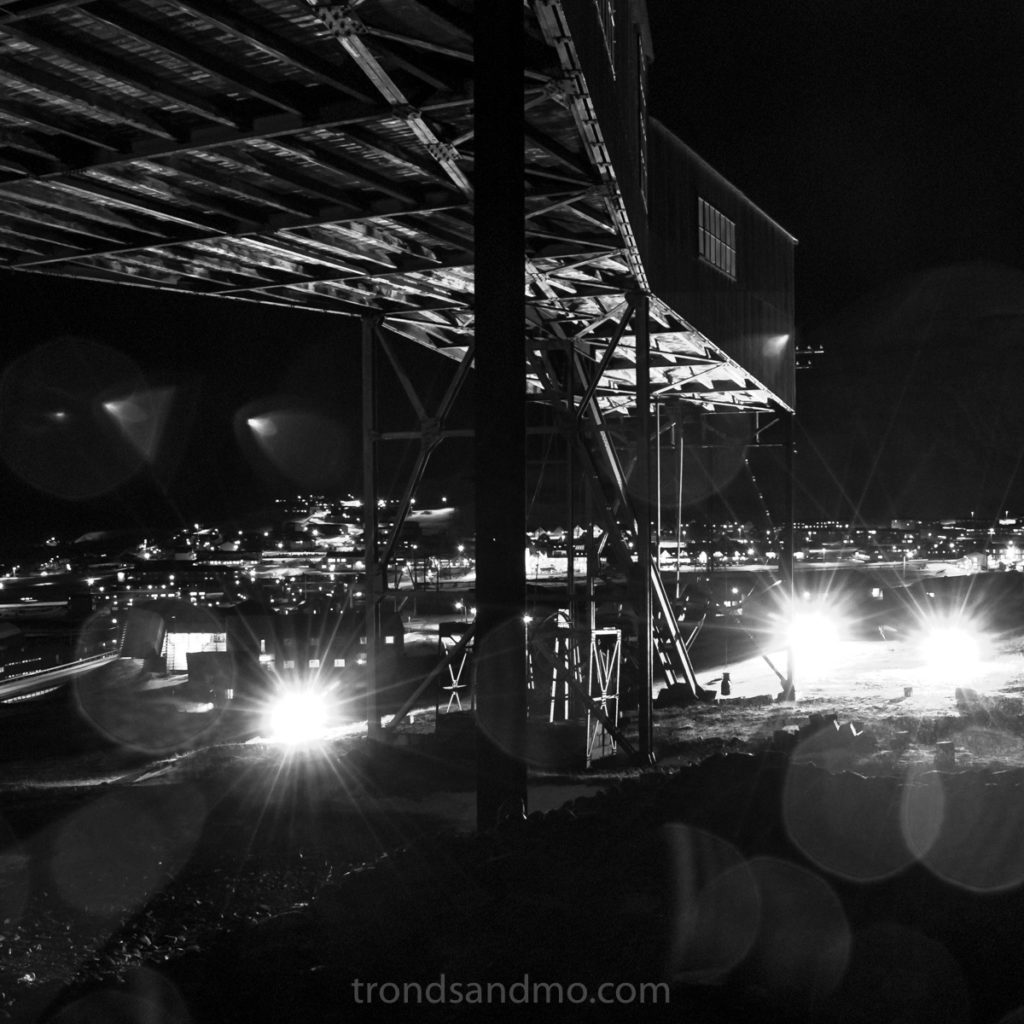